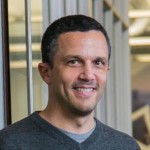 Serge Belongie received a B.S. (with honor) in EE from Caltech in 1995 and a Ph.D. in EECS from Berkeley in 2000. While at Berkeley, his research was supported by an NSF Graduate Research Fellowship. From 2001-2013 he was a professor in the Department of Computer Science and Engineering at University of California, San Diego.

He is currently a professor at the Department of Computer Science at Cornell University. His research interests include Computer Vision, Machine Learning, Crowdsourcing and Human-in-the-Loop Computing. He is also a co-founder of several companies including Digital Persona, Anchovi Labs and Orpix. He is a recipient of the NSF CAREER Award, the Alfred P. Sloan Research Fellowship, the MIT Technology Review “Innovators Under 35” Award and the Helmholtz Prize for fundamental contributions in Computer Vision. 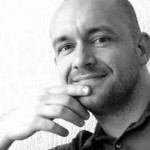 Marco Loog received the M.Sc. degree in mathematics from Utrecht University and the Ph.D. degree from the Image Sciences Institute, The Netherlands. After this latter, joyful event, he moved to Copenhagen where he acted as an assistant and, eventually, an associate professor. Currently, he is both an assistant professor at Delft University of Technology and an honorary professor in pattern recognition at the University of Copenhagen.  His principal research interest is with supervised pattern recognition in all sorts of shapes and sizes, but with a mild bias towards learning problems coming from image processing and analysis. 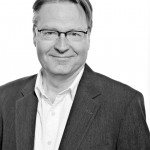 Professor Hansen has M.Sc.(’83) and Ph.D.(’86) degrees in physics from University of Copenhagen. Since 1990 he has been with the Technical University of Denmark, where he currently heads the Section for Cognitive Systems. He has made more than 300 contributions to machine learning, signal processing, and applications in bio-medicine and digital media. His research has been generously funded by the Danish Research Councils and private foundations, the European Union, and the US National Institutes of Health. He has made seminal contributions to machine learning including the introduction of ensemble methods(’90) and to functional neuroimaging including the first brain state decoding work based on PET(’94) and fMRI(’97). Recent work concerns the relations between the brain and its natural environment: The smartphone brain scanner (’11). In 2011 he was elected “Catedra de Excelencia” at UC3M Madrid, Spain. 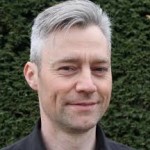 Ole Winther received a Ph.D. degree from The Niels Bohr Institute at the University of Copenhagen (KU) in 1998. From 1998 to 2001 Ole Winther was post doc at Lund University, Sweden and at Center for Biological Sequence Analysis, Technical University of Denmark (DTU), from 2001 associate professor at DTU and from 2006 group leader in gene regulation at Bioinformatics, KU, parttime.

Please find the relevant material in the links below:
Variational-autoencoders